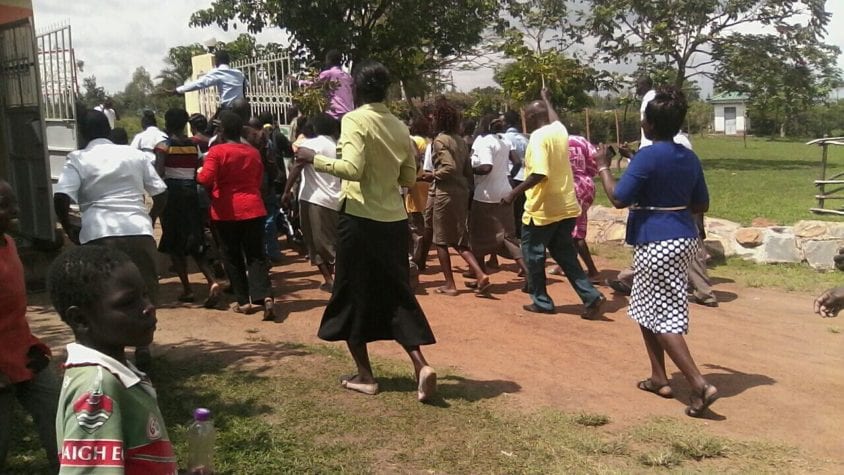 December 1, 2016 - The Nambale Magnet School topped the Busia District in the Eighth grade National Test! The highest score was 421. There were 6 students with over 400 marks, 12 with 350 marks and above, the mean score is 361.9! Great job teachers, students and director of the Nambale Magnet School, Evalyn Wakhusama for her tireless efforts.

An Emphasis on Success, to Rise Above Poverty

The importance on success of the Nambale Magnet School children cannot be emphasized enough. As a matter of explanation, the Kenyan educational system is based on the English model as it was historically under British Colonial rule. In this model, a country wide standardized test is given to all school children both public and private at the close of the eighth grade. The results of these tests largely determine the future of the students taking the test.

If a student does well on this test, avenues become much more accessible for institutions of higher learning. For under privileged children, this is the only means by which they will be able to afford to continue school. Good test results by under privileged children open up the possibility of receiving academic scholarships. This is the only hope these children have of breaking the cycle of poverty that afflicts the majority of the population of the region.

The importance of the Nambale Magnet School in this process is the fact that it is one of the only schools in the region that offers vulnerable children access to a premier education. The regions poor are normally subjected to a substandard public school education with over crowding, no electricity water or even books. Historically this has been the only option for the poor. This sad fact has kept the region under not only educational inequality but also economic inequality with very little hope of rising above a dismal circumstance.
The Future Looks Bright

At the Nambale Magnet School, the standard is that of excellence. Computer labs and library, and a full curriculum including science, art and languages keep the education on par with the finest private schools in the country.

As a result of this exposure to a fine education, the Nambale Magnet School has managed to break down a prejudice against orphaned children. The vulnerable children were previously perceived as societal cast offs... un savable and un educable. Often thrown into the shadows and given up on as shameful reminders of the devastation of a broken family. It is a gift to the entire community to prove that, given the same fine education... these children will perform just as well as their privileged counter parts. And indeed they have. This shifts the negative perception of this vulnerable population to one of hope.

The purpose and mission of the Nambale Magnet School was to reverse the tides of homelessness and despair. To give the community in its entirety hope for a better future. We're witnessing this transformation in every aspect of life in Nambale and we have only just begun. We hope to revitalize the community further by establishing a high school and adult education in order to lift the population into empowerment from that of despair.

We appreciate your assistance with this most important project. What can be done in Nambale, can be duplicated in many marginalized areas.

The Cornerstone Project is proud to sponsor and support such excellence!
This is the start of true empowerment and freedom.